Cell C continues its attack on the “Big Two” of the cellular space by offering its services at discounted rates. This price-war strategy may work in the short run, but the cellular provider needs to ensure that its network is also up to scratch.

CEO Alan Knott-Craig announced in August 2013 that 100 new base stations and 70 new indoor coverage units would be built over the following three months, to cope with increasing demand: Cell C’s subscriber base has been growing, while rival MTN reported losing 400 000 of its 25 million subscribers in the first half of the year.

In this ad, the lead character is the geekiest-looking person one could ever hope to meet. He walks around sticking Post-it notes with “Like” written on them, asks people to be his friend and follows them. This would be creepy, if it weren’t so funny.

“I love peas!” — and “I just had a burger” — he announces to no-one in particular. “I’m here!” he shouts at various locations. In his home, he has a whiteboard, on which he posts his photos and his status: “Feeling meh,” it reads. There’s even a cat pic. 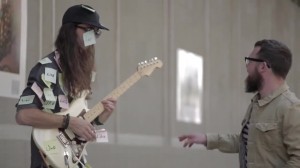 The analogies may seem obvious, but each scene is carefully constructed to be funny on a couple of levels — such as the guitarist who gets a “like” post-it on his glasses, because he’s covered with them everywhere else. Or the girl who is at least a head taller than him whom he ‘follows’ so closely that he almost bumps into her.

The payoff is: “Ever wondered what would happen if you ran out of data? Get two gigs peak-time and three gigs midnight data for just R99 per month… and keep socialising. Cell C, the power’s in your hands.”

I recognised some of the locations as being in Johannesburg’s trendy Maboneng precinct… which works perfectly for the message and the target market. In fact, all the characters are young, hip and trendy — which fits in with Cell C’s target demographic: tech-literate, up-and-coming, but ready to switch if there is a compelling reason — such as price — to do so. 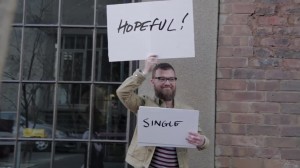 Alan Knott-Craig Snr is currently presenting a case to the Competition Commission against MTN and Vodacom over the cost of the interconnection rate (which makes calls between users on other networks more expensive). By doing this, he is setting up Cell C as the company as the consumer champion, the under-dog that’s looking out for the ‘little guy’.

With any luck, this strategy will help to drive prices down for the benefit of all mobile users — after all, MTN and Vodacom shareholders have been reaping the rewards of this highly profitable sector for years, and consumers are clamouring for a better deal.

Consumers like the nerdy guy in the ad, who would have to resort to behaving in the most ridiculous manner to keep his social network connections alive. Imagine all those geeks taking to the streets and being IRL — “In Real Life”?! Would the world survive?

Data is a growing part of the cellular landscape, and Cell C is wise to target it as well as it has. This ad shows that Cell C knows its market, with this fun, amusing and clever ad that puts across a simple message exceptionally well.