There is something about being abroad, about being alone in a foreign country that intensifies what it means to be South African. Walking solitary through the streets of Bangkok, one catches the unmistakable click of a Xhosa consonant, and it’s a moment of sheer delight. Or strolling through the streets of Paris, one’s ears experience the guttural familiarity of Afrikaans.

There’s nothing that makes South Africans more patriotic than being away from home. When we look into the eyes of one of our fellow countrymen and -women abroad, it’s like falling in love. Perhaps that’s because there’s something undeniably fierce about being South African… about being one of us.

That’s the archetype that Kentucky Fried Chicken, the brand now known as KFC, has leaned heavily upon to promote its ‘finger licking’ fast food.

The local fast-food market is incredibly tough, according to David Timm, the chief marketing officer of KFC. That’s not just because of other competitors in the market, he said in a recent interview with Jeremy Maggs on The Red Zone last year.

Brand’s challenges
Timm explained the brand’s challenges: “The biggest worry is disposable income — businesses and consumers are feeling the pinch. Rising electricity cost and fuel, and there’s a lot of talk at the moment about food pricing going up at the moment. There is just an enormous battle for limited disposable income in this country — there’s a big focus on value for everybody.” 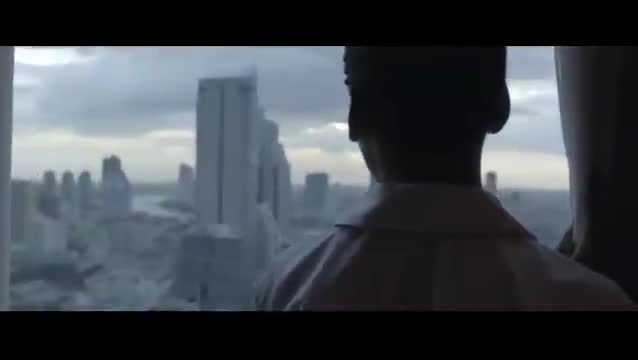 The new KFC speaks to this sense of occasion with an ad that talks about how the brand creates bonds across languages and cultures.

The story opens with a dawn shot of a little South African girl looking out of the window of a tall apartment building. At breakfast, her mother tells her (in Zulu) to get ready for school, and this is the last word we hear that we can understand (unless you speak Thai). 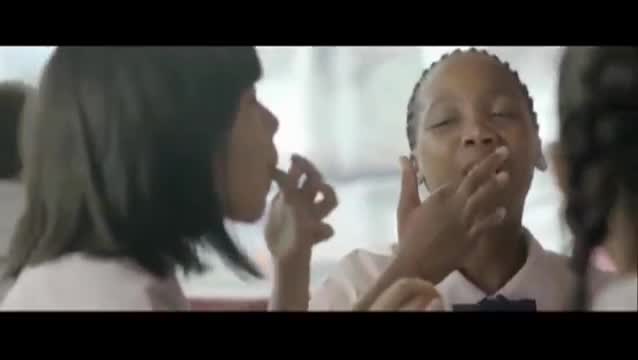 Cut to a montage of the girl with her mother traveling through the streets of Bangkok, on the way to school. Bangkok is portrayed in all its chaotic and colourful glory, and the South Africans seem to stick out.

Judging from the curious looks from the local girls, it’s the SA girl’s first day at school. One of the girls is friendly, instructing her to take her shoes off outside the class, and watching her intently throughout the day. The South African is clearly out of her depth — unable to recite in assembly, having difficulty eating with chopsticks — as you might expect.

A familiar sign
But the pretty little Thai girl takes pity on her and approaches her after school. She uses hand gestures to invite the SA girl to eat something and, after a s 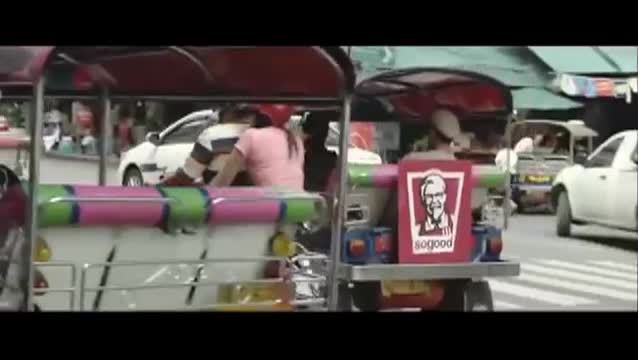 hort walk, they arrive in front of a familiar sign: a KFC store.

The girls hurry inside and bond over a bucket of the Colonel’s best, eating with their fingers (of course!) and having fun.

The current slogan — ‘so good’ — is glimpsed briefly at the end, as an advertisement on the back of a ‘tuk tuk’ (the Youtube version has a competition call-to-action tacked on at the end, but that takes it beyond 60 seconds).

Sentimental, obvious music
The music (a mournful cello solo) is sentimental, although perhaps it works for the target audience. There’s so much going on in each scene; did we really even need music? I feel that it was obvious, and I’d like to see advertisers start to be more adventurous with their music choices — it’s all getting very samey-samey, in my opinion.

The composition of each shot is clever, without being ‘tricksy’. Director Kim Geldenhuys never lets the viewer feel like an intruder on the scene: the camera is placed at a distance, with shoes, vehicles, people, scenery all moving in the foreground. The camera is always moving, which adds to the dynamism of each shot. And the colour grade is — thankfully — not desaturated (like so many of the current
crop of ads) but filmic, allowing the vibrancy of Bangkok. 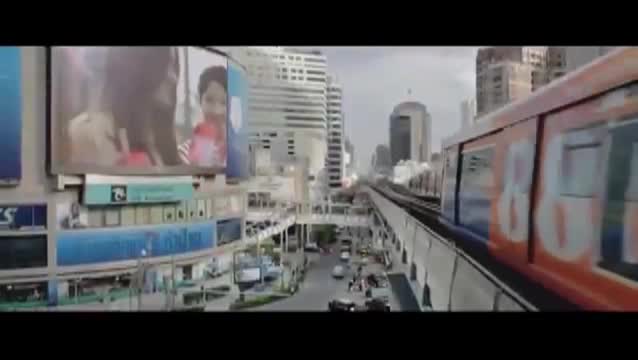 As in most parts of the world, KFC is a massive brand in South Africa. Based in Louisville, Kentucky in the US, the chain that calls itself the world’s most popular chicken restaurant chain, serves up deep fried chicken in some 500 outlets across southern Africa. to shine through.

Wonderful diversity
On YouTube, comments about the commercial have been mixed, with offshore commentators expressing the view that this ad is racist. The gripe — mainly from the US — is that the ad plays off the stereotype of ‘black people loving deep fried chicken’.

Perhaps those Americans should come and eat a little KFC in SA. Whether you’re Pedi, Zulu, English or Afrikaans, back home in good ol’ SA we love our deep-fried chicken.

In fact, if you walk into any KFC store, you’ll find us in all our wonderful diversity, licking our fingers and loving the Colonel’s secret original recipe chicken together.